..Continued from Part I

Thursday morning was opened with Stephan’s speech again, and continued with RAD Race results, into which 24 teams attended, and 19 of them were able to produce some sort of deliveable versions in just 12 hours. There were 3 distinct teams, honored as winners by jury. What was more interesting with that result was that, two of the winner teams had employed Oracle ADF components and JDeveloper in their development. I am still confused about the result, as it looks like an indisputable approval of JDeveloper.

Spring Update presentation, from Rod Johnson, was propably one of the mostly awaited talks during this year’s conference. Unfortunately, Rod’s presentation was mainly composed of some executive stuff, advertisement fo Spring-BEA partnership, and some technical content, some of which had previously appeared during Rob and Jürgen’s presentation on Tueasday. Upcoming M1 release of Spring 2.0 looks, mainly like a polishing old version up, and having some add ons to JMS support, except for Aspect J integration. Aspect J integration with Spring and join of Adrian Colyer to Spring team looks like, many of innovations in Spring will give birth in AOP field. BeanConfigurer in aspectj package, for example, is like so, as it configures beans, and performs dependency injection into them after they are instantiated, even outside Spring’s application context. There is already a hot discussion about use of BeanConfigurer in order to solve anemic domain model problem in Craig Walls’ blog. Anyway, Rod’s overall performance was above average, and in my opinion, the most vital moment of his talk was emphasizing Spring 2.0’s JDK 1.3 compatibility, in addition to newly added many J2SE 5.0 specific features in the framework. 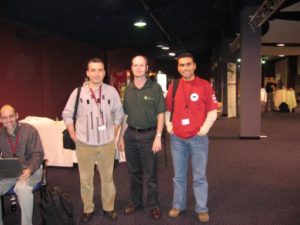 I also attended Teodor Danciu’s Jasper Reports in Action presentation on Thursday. I was especially interested with this session, as we have recently developed a small reporting framework, based on Jasper Reports, and employed it to solve a relatively complex reporting requirement. Teodor anounced in this talk of his and iReport Designer’s join to JasperSoft. Even though they have joined to JasperSoft, he said that both of the products will be kept as open source. Teodor talked in his session about new and upcoming features of Jasper Reports. Some of the most interesting ones are as follows; crosstabs, which have dynamic rows and columns used to display aggregated data, special dataset support for charts and crosstabs, as they simply require data, that containing report doesn’t simply iterate over, remote image delivery in HTML exports with servlets is possible, at last RTF generation is also available from now on, large page size problem is also solved with serializing large number of report pages during report generation, only keeping a limited number of pages in memory at one time, direct HQL support added and so on. I asked Teodor, during Q&A part, if he considers adding support for inheriting resource bundle and font definitions of sub reports from their master reports, and he found the idea very interesting. My other question was if supporting different types of datasources in one report at the same time would be possible in the future releases. Teodor’s apporach to this concept, is to solve this problem with employing sub reports. In short, we have to employ a new sub report everytime, when we need a new data source. I guess that, this is a rather architectural choice of Jasper Reports, and doing it the other way may probably require considerable amount of effort.

On the closing day, I preferred to attend three case study sessions, and Cameron Purdy’s Distributed Caching talk. We started Friday morning with Fabiane Bizinella Nardon’s presentation, from Brazil. She mentioned about their enterprise project, called Brazilian Health System. It has been build upon J2EE technologies. It was very impressing that such a huge system had just gone into deployment and production after 4 months of development period. She started talking with the requirements of the system, and continued with explaining their architecture, and technologies applied in each layer, Struts for presentation, Session Beans for business, and some Entity Beans, just beacuse of some legacy requirements, and POJOs for data access layers. She emphasized that they preferred automatic code generation wherever possible, first with XDoclet, then with Java 5 annotations, and said that this approach had greatly helped their developers’ productivity. During the first period of the project, XDoclet was just good enough to generate codes automatically, up to the some point, where build process took almost 13 minutes. At that moment, they had decided on switching to annotations from XDoclet tags, and turned their build process into an incremental manner with the help of annotations. They also coded their project compatible with EJB 3.0 annotations, and just generated EJB 2.x compatible wrappers from those codings at the moment, but by doing so, they expect a smooth migration path to EJB 3.0 when it becomes ready for production. 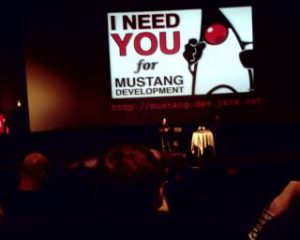 The other case study, that I liked to see was Thomas Huusom Christensen’s Zero Calories J2EE presentation,from Denmark. He didn’t mention about something very different than the current state of art related with developing web applications, using technologies, like Tapestry, Spring, and Hibernate. What I liked in his session was problems mentioned about, and solutions, especially with lazy loading, detached objects, and approaches to solve them by using OpenSessionInViewFilter, Hibernate?s intialize, load, and merge methods etc., were almost identical to ones in our current project. During the presentation, I sometimes just thought that I were listening experiences learned from our project.

Finally, I want to finish my blogging about JavaPolis 2005 with a common saying, appeared at the end of each presentation. If you remember only one thing, this year’s organization in terms of its content and speakers weren’t as good as the previous year’s one. Anyway, we had a very nice week in Metropolis, found a chance to meet with many people from Java community, and learn what is new from the first hands. Thanks for all guys, who involved in such an organization. 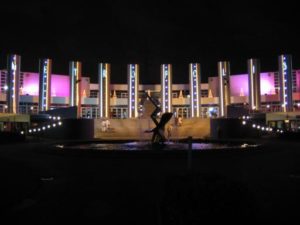